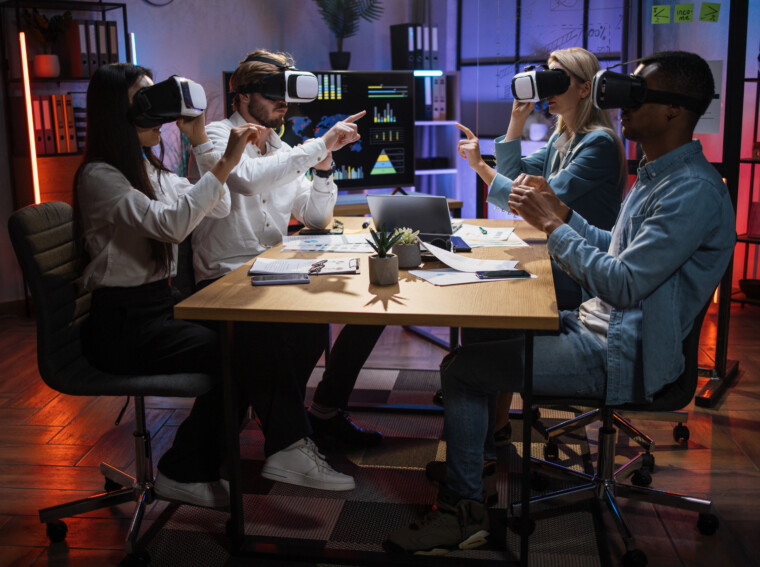 When it comes to many of the tech trends that are affecting our lives, the $90bn global video game business is frequently one of the first areas where many people see them in action. Artificial intelligence (AI), virtual and augmented reality (VR/AR), blockchain, and the metaverse are all examples of this.

Today’s gamers are accustomed to exploring realistic 3D landscapes and engaging with hundreds or thousands of other players in real-time, and the infrastructure put in place by game developers to accomplish this is based on cutting-edge technology, ranging from super-fast 5G and cloud networking to super-powerful processors. The result is a gaming sector that is always developing in new and unexpected ways. So, if you are a gaming fan, here are some of the biggest gaming trends you should be aware of.

After the tremendous success of Pokémon GO, many people assumed that augmented reality would become globally popular, but developers have been hesitant to follow through. When it comes to virtual reality, though, the scenario is entirely different.

Virtual reality headsets have lately dropped in price significantly, making them ultimately affordable to the majority of homes. Nintendo even released a cardboard VR headset. Mobile technological advancements are also making technology more accessible, encouraging more creators to release games, so there has never been a better time to get involved in VR gaming.

The comparison between playing casino games online or physically visiting a brick-and-mortar casino has been made often in recent years. Both versions of casino gaming have strong points. Casinos in physical locations provide a pleasant night out, a social aspect, and an exciting environment for gamers. On the other hand, it is more convenient to play at an online casino, which is easier to use, and available 24 hours a day, seven days a week.

In recent years, a compromise solution has emerged in the form of live casino gaming. Enjoying live casino play at safe regulated casino sites, makes it possible to experience the thrill and ambiance of a real casino while playing online from the comfort of home. Live casinos are increasingly popular among regular players, offering the best of both worlds in one easy-to-access format.

Multiplayer mobile gaming formats keep users engaged by providing social interaction and a sense of accomplishment over other players, and companies are finding that a growing number of players are interested in taking their competitive gaming mobile. If you’re fond of playing RPG such as D2R and you also want to be competitive like the others then try considering buying rune words d2r in online shops. It’ll definitely help you in becoming top in the ranks!


If one is interested in casino games, they do also offer “multiplayer” games in the sense of poker and other card games that require several players to participate. Playcasinos.ca provides you with a list of the best options if you are based in Canada.

Gaming as a Service (Gaas), often known as cloud gaming, is a revolution in the making that has the potential to completely transform the entertainment and gaming industries. Cloud gaming makes it possible to play games through remote access without the need for expensive gaming gear.

With 5G currently redefining what is possible in terms of internet speed, the gaming industry will probably experience a significant shift towards streaming games being the standard. This will, in turn, reduce the requirement for regular downloads and make large-scale multiplayer online gaming possible.

Although the digital era has given birth to a new generation of games, reboots and remakes continue to excite online gamers and moviegoers throughout the world. This is due in large part to new technology’s capacity to change the look and feel of a game for both experienced and rookie players. In 2020, a reincarnation of the popular Crash Bandicoot brand was one of the year’s best-selling games, while a recreation of Final Fantasy VII has recently topped a number of online gaming industry best-seller lists.

Today’s games provide an immersive experience with exciting action that can match anything in even the most high-budget blockbuster movies. Still, there’s something about a platformer or side-scrolling adventure that transports you back to your childhood.

The growing retro gaming trend isn’t just for grownups, however. Younger gamers are getting involved as well, experiencing the joy of playing Pokémon on an old Gameboy or blasting through Goldeneye’s God Mode on the N64. The demand for retro games has also led to the development of new versions of old consoles, such as the Nintendo NES and even the release of a C64 mini, so now is the perfect time to consider trying out some old-style gaming.