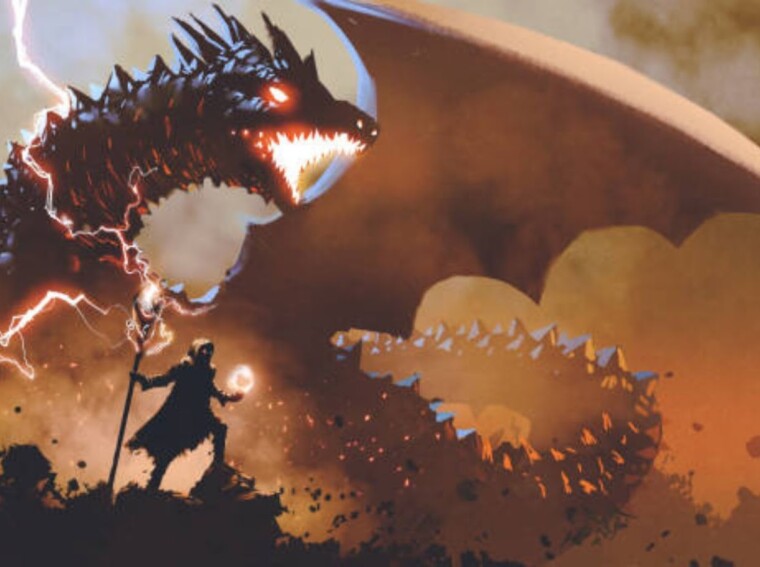 Fantasy games are fascinating because they provide an escape from reality. They transport players to worlds of magic and adventure, where they can be anyone they want to be. In fantasy games, there are no limits to what you can achieve. You can be a powerful warrior, a cunning thief, a master sorcerer, or a pro at playing the 21-card game online. The possibilities are endless.

These games give players the opportunity to explore different cultures and experience things they could never experience in real life. They are a way to journey to other worlds and meet new and amazing people. Fantasy games are an escape from the everyday grind, a chance to be someone else for a while. And that is why they are so fascinating.

Skyrim introduces the power of dragons into the Elder Scrolls universe. Alduin, a black dragon who is the firstborn of Paarthurnax, is resurrected in this era after having been lost in time. Dragons present a consistent threat to Skyrim’s population, and interrupting a dragon’s feeding can cause it to become enraged. The game introduces the “Dragonsoul” mechanic, which allows the Dragonborn to absorb the souls of defeated dragons to gain their power.

The Elder Scrolls V: Skyrim received critical acclaim upon release, with critics praising its detailed world, gameplay, and story. It was awarded Game of the Year by more than 30 publications.

The Witcher 3: Wild Hunt is a role-playing game developed and published by CD Projekt RED. The game is based on the book series of the same name by Polish author Andrzej Sapkowski.

The game is set in a world of medieval Europe and revolves around the main character Geralt of Rivia, a monster hunter known as a Witcher. Geralt must find his missing daughter, Ciri while dealing with political unrest in the Northern Kingdoms. The game received critical acclaim upon release, with many praising its open world, storytelling, combat, and graphics.

The Souls series is one of the most punishing yet rewarding RPG experiences available on PC. The third and final installment, Dark Souls III, does not shy away from this tradition. Upon starting the game, players are transported to the kingdom of Lothric, where they must defeat the Lords of Cinder in order to link the flame and prevent the world from ending.

The Souls series is well-known for its incredibly tight combat mechanics, and Dark Souls III is no different. Players will need to carefully manage their stamina and cooldowns in order to survive the game’s multiple boss encounters. The game also features a unique weapon durability system, meaning that players will need to be strategic about when they use certain weapons and how they repair them.

Dark Souls III is an excellent conclusion to the series, offering players a satisfying and challenging experience. The game’s tight combat mechanics, unique weapon durability system, and multiple boss encounters create a rewarding and punishing experience that is sure to please fans of the Souls series.

Bloodborne is an action role-playing game set in a gothic horror world. As the player, you take on the role of a Hunter, tasked with investigating and defeating the monstrous beings that prowl the streets of the city of Yharnam.

The game is known for its challenging combat, which requires careful planning and execution in order to succeed. It also features a unique weapon upgrade system that allows you to customize your weapons to better suit your playstyle.

Whether you’re a fan of challenging games or gothic horror, Bloodborne is definitely worth checking out.