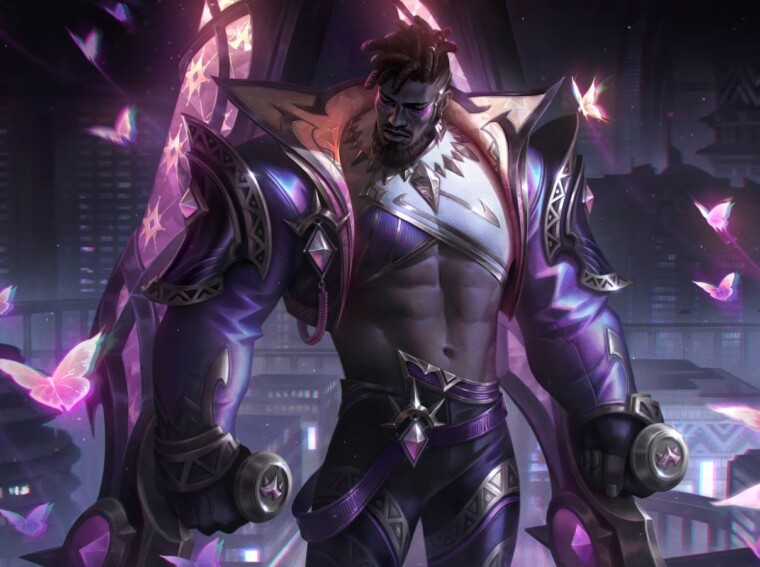 League of Legends is played by more than 100 million people. The game is extremely popular around the globe and professional esport teams like T1, G2 Esports, and Fnatic and increased its popularity even more. League of Legends bitcoin betting on your favorite team can be done with ease on Thunderpick.

If you’re just starting to learn LoL and want to climb the ladder faster, the most important thing that you need to do is to choose a role and then specialize in it. After you’ve decided to play Mid, Bot, Jungle, Support, or Top, the next step is to find the strongest but also the easiest champions to learn.

Mastering even 5 champions will free up your mind during the games. It will allow you to play your selected champion on autopilot and give your brain the necessary room to think about the big picture.

No matter how good you are mechanically, if you don’t think about strategy as well, you cannot reach a high level. Because at the higher competitive levels, everyone has mastered the champions and all of the thinking that gets done has to do with strategic subtleties. But remember, League is a game for everyone!

Most Suitable Champions to Learn as a Beginner

Here are three of the best LoL champions for beginners:

Lux is a powerful mage that can be played in a variety of roles. Some like to play her as support while others enjoy playing mid, just to reach level 6 more quickly and then roam around the map in an attempt to get kills.

Lux has the advantage of being able to deal a lot of damage early on, but her disadvantage is that she’s not as survivable as other mages and supports. Ideally, you want to pick Lux against lineups that are either too focused on melee damage or too focused on keeping the distance.

Against melee champions, Lux has excellent disables and AoE damage spells that are highly effective when your enemies tend to clump together. Against ranged champions, Lux has her ultimate, Final Spark, which can kill from a few screens away.

The cooldowns of Lux’s abilities are quite low, which means that you should always try to have a high mana pool and a high tempo. To make full use of what Lux has to offer, you need to fight as often as you can.

This hero is not a good farmer, so if you play passively, you will get outfarmed pretty quickly. But if you force a fight every minute, you’ll be surprised at how much firepower she has.

To master Lux, you will need to pick her in at least 100 games. It may seem a lot, but this is actually one of the easier champions that you can learn. If you want to experience complexity, try Zed or Yasuo. Both of them require at least 400 games to fully grasp.

Ashe is an excellent ADC for beginners in esports games like LoL. Her skillset gives you the ability to farm efficiently and to output a lot of damage in team fights. This champion is a bit squishy and will get killed in just several seconds if you don’t know how to position yourself. But if you know what you’re doing, the enemy team will not even touch you.

Another thing that Ashe excels at is scouting. Thanks to her Hawkshot, she can investigate where the enemy team is located even if you’ve lost the vision game. Ideally, with a champion like this, you’ll want your team to ward the map properly and give you the vision advantage in every fight. But if that doesn’t happen, you can still rely upon your own abilities to get an edge.

When you play Ashe, you want to build as much damage as possible, as soon as possible. That will greatly accelerate your farming speed and your ability to win battles. Always keep in mind that when you play Ashe, a good team will expect you to be the main damage dealer.

Part of being a good Ashe player is communication. If you don’t talk to your teammates and let them know what you plan to do, you might find yourself exposed to a high-mobility assassin and brought down at the start of the fight. This will have disastrous consequences and will inevitably lead to defeat.

Garen is a good tank to play in the beginning because he has a very powerful skillset, as well as excellent stats. Since you won’t be able to calculate everything with precision due to a lack of knowledge, Garen is a great champion to pick. He is highly survivable and can be easily turned into a tank.

When you play Garen, build just enough damage to be annoying and to farm faster, and then shift to a tank build that will allow you to play without any worries, even if you’re not a pro gamer with MOBA expertise and high-level gear.

Your goal will be to bait a lot of spells while dealing damage and retreat right before you die. If your support player is competent, he will often save you with his items and abilities.

In time, you will learn the limits of this hero and how much damage he can withstand during fights. This amount can be increased by purchasing armor and magic resistance. Even small buffs can make you much harder to kill, because your natural HP is high.

In LoL, what matters is not only how much health you have but rather, how much effective health you have. Every bit of armor and magic resistance will lower the damage you take from enemy attacks and abilities. And with enough of both, you’ll be able to tank several times the amount of your visible HP.

Always pay attention to the enemy lineup and then itemize accordingly. If its main source of damage is magical, go for magic resistance. If it’s physical, go for amor.

Garen’s ultimate is very powerful but its cooldown is high: 120/100/80s. This means that even in the late game, this champion is not ideal for games with frequent battles.