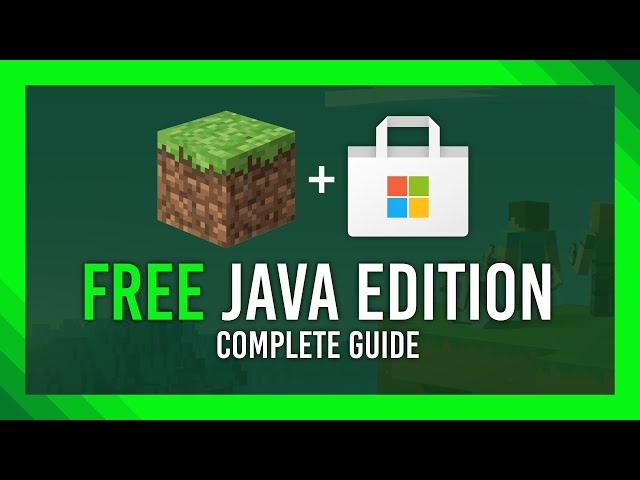 Is Minecraft free with Xbox Game Pass? The answer may surprise you. In this blog post, we explore the answer and provide some helpful tips.

Minecraft is available for free with Xbox Game Pass, to cut a long story short. Microsoft’s Xbox Game Pass subscription program offers over 100 titles for a modest monthly cost. As part of this service, you may experience the classic block-building adventure that is Minecraft for free.

Minecraft is a part of the Xbox Game Pass collection, which is constantly growing. This means that whether you’re a current member or checking out a trial, you’ll get immediate access to this massively popular game as part of your subscription at no additional cost. However, keep in mind that certain versions of the game may need a separate purchase and/or activation code if played on other platforms.

Is Minecraft in the game pass?

Minecraft is included in the Xbox Game Pass, to cut a long story short. The Xbox Game Pass is a monthly membership service that provides access to over 100 high-quality games for a single, affordable monthly fee. The full edition of Minecraft and dozens of other amazing games from a range of genres are instantly accessible for just €9.99 each month. In addition, you will get unique discounts and additional material for many of the titles in the library.

In addition to console and PC gaming, the Xbox Game Pass now offers cloud gaming on Android and iOS devices. New members may choose one of four different plans to best fit their budget and gaming preferences. The Xbox Game Pass has an ever-expanding selection of high-quality games, so there is always something new to learn.

Is Minecraft free if I have game pass?

Yes, the answer is yes. With Xbox Game Pass, Minecraft is free to play. For one cheap monthly charge, Game Pass provides access to a library of over 100 high-quality video games, including all Minecraft variants.

This allows you to save money while still enjoying your favorite games. You may also take advantage of unique discounts and advantages, such as free in-game content and early access to new games, as an additional incentive.

You may tailor your gaming experience to your preferences by using Game Pass, which gives you access to both the full version of Minecraft and all of its downloadable expansion packs. Furthermore, since it is included with your subscription, you won’t have to worry about buying each DLC pack individually or repurchasing the game if you move Xbox platforms. Check out what Xbox Game Pass has to offer if you’re searching for a great deal on Xbox gaming.

What Minecraft should I buy?

When considering which Minecraft edition to purchase, consider how often you want to play the game and if you want access to all downloadable material DLC. If you want to play often, it may be worthwhile to buy on a more costly version that includes the original game, an expansion pack, and more material. If you just want the essentials and don’t need any of the extras, an affordable edition that contains only the basic game may be appropriate for you.

How much is a Minecraft license?

You’ll have to pay $26.95 for a Minecraft license. Minecraft is accessible on almost every gaming platform and device, including the PC, Xbox One, PlayStation 4, Nintendo Switch, Android, iOS, and Raspberry Pi. Purchasing a license grants you access to the whole game, including online multiplayer and all in-game stuff such as characters, items, and skins. A license also grants you access to official Windows 10 Edition Bedrock or Java Edition Minecraft downloads.

If you want a copy of Minecraft via Xbox Game Pass Ultimate or the Microsoft Store, it is not free, but you can receive a discount.

Is Minecraft part of Game Pass?

Minecraft is included with Xbox Game Pass, thus the answer to that question is yes. A Game Pass membership is now required to download the Bedrock version, which was published by Microsoft in 2017. This version has all of the material from the original Java edition and enables players to compete regardless of platform or device. The game is available for download from the Xbox Store for Xbox One and Windows 10 devices.

In addition to being included in Game Pass, Minecraft may be bought directly from Microsoft or other third-party merchants in either physical or digital form. If you want to buy a single player game, you may do so at any participating shop. It’s vital to remember that only Bedrock Edition players may join each other and play together in multiplayer mode on all platforms, including Xbox One and Windows 10 PCs.

In conclusion, regardless of the platform you play the game on, Minecraft does not need an Xbox Gold membership to play. While the basic version of Minecraft is available for free via Xbox Game Pass and Xbox Live, gamers who want to access online multiplayer, add-ons, and other advanced features must have an active Xbox Live Gold membership.

Furthermore, although Xbox Game Pass is free for many features of the game, there are payments for upgrading to the full edition and obtaining downloadable content such as new skins or levels.

Is Minecraft on PC Game Pass?

Yes, Xbox Game Pass for PC presently offers Minecraft. The entire edition of the popular game Minecraft is now available for free download and play. This covers the base game as well as all expansions and additional extras.

Players who subscribe to Xbox Game Pass for PC have access to a library of over 100 high-quality games for a modest monthly fee. Furthermore, new games are constantly being introduced, so there is always something new to discover.

You may keep downloading as much Minecraft material as you like as long as your membership is current, guaranteeing hours of pleasure for both newbie and expert players.

Is Minecraft on Xbox free?

Minecraft is one of the most popular video games ever, so it’s understandable why many Xbox players want to play it for free. Is Minecraft free on Xbox? is the major question. Unfortunately, there is no easy yes or no response. It all depends on your subscription and how you want to play the game.

Yes, you may play Minecraft for free with your Xbox Game Pass Ultimate membership. This contains both online multiplayer modes and downloadable content such as skins and maps.

However, you won’t be able to play Minecraft for free if you don’t have an Xbox Game Pass Ultimate membership. Instead, users must: